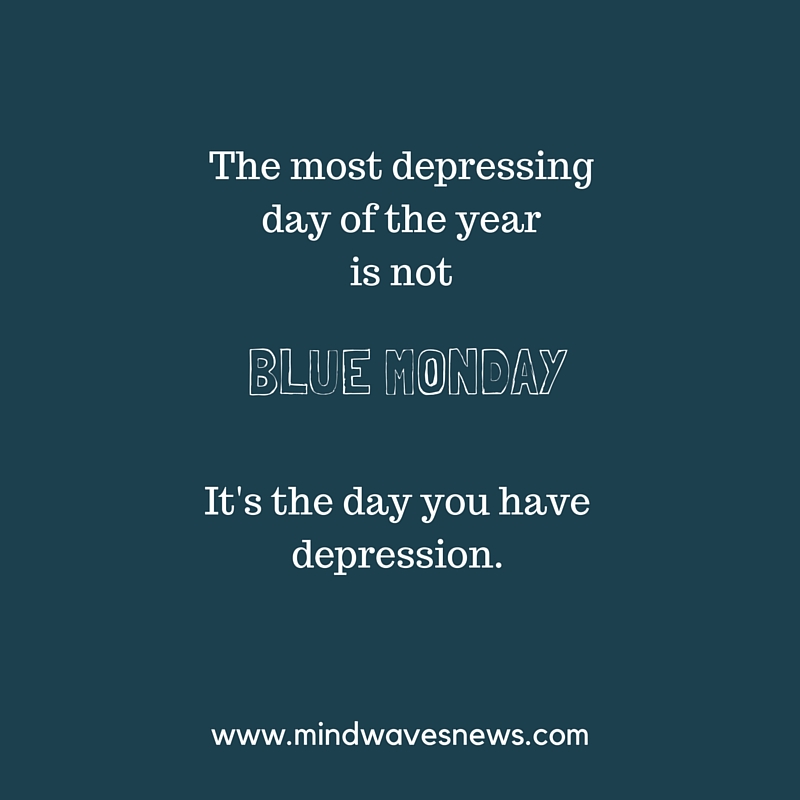 This week, we’re continuing a sort of Mind Waves ‘tradition’ of posting about Blue Monday. But instead of writing something new, we’re re-sharing a post from our Project Manager @rosiehopes first published in 2021. Even though two years have passed, and it’s been eight years since Rosie first wrote about the myth of Blue Monday, her words have only got more true, and the sentiment remains the same. The most depressing day of the year isn’t Blue Monday. It’s the day that you have depression. Her words are below.

I first published a post on why Blue Monday is nonsense way back in 2015. Half a decade later, in the midst of a pandemic the myth of Blue Monday has failed to go away. I’m beginning to feel like a ghost that returns on the same day every year with the same message, but here goes:

It’s become tradition to fear “Blue Monday”, the third Monday of January, which apparently is the most depressing day of the year. It makes sense. Over Christmas we’ve spent all our money, gained weight, drunk too much and the weather’s rubbish. Sounds like a recipe for depression.

One Response to This year, more than ever, let’s ignore the Blue Monday nonsense