By Mindwaves on June 19, 2013 in Arts and creativity, Mental wellbeing, Stories 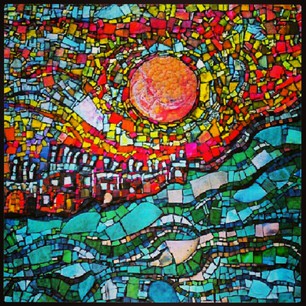 If this had been the only thing I had to do these past four months, the job might be done by now. But it hasn’t been. I was in the midst of writing another short play – “Man Points” – when the committee of the conference commissioned this one. “Man Points” then needed to be cast, directed, and toured. Now that that tour is over – for now – I can turn my full attention to the reams of notes, thoughts and ideas that have been creeping up on me at ridiculous times during the night!!

It’s an exciting thing, writing something and then casting it; giving actors roles to play – giving characters from your mind a voice. The next step in this process is workshopping some of the unwritten script with actors which should go a long way to helping the piece take shape. At the moment, it’s still soft clay in my hands, and for now we’ll continue playing with it.

A very wise lady once told me “It’s not called a ‘play’ for nothing.” There is so much to be said for the element of play in theatre. You’ve got a whole world of possibilities, from the subject to the style to the staging. Then there’s your audience – no two nights are the same. I’ve encountered a very new experience with this commission, having been added to a Facebook group for the event which lists the members of my audience. I won’t be communicating with them through social networking on this occasion, the message I have for them hasn’t been written yet, and will be played by actors I haven’t yet met.