By editor on September 5, 2014 in Arts and creativity, Mental wellbeing, Stories 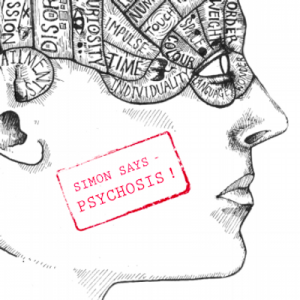 Considering my first stint of abrasive reality arrived whilst studying film production; making a documentary on psychosis was naturally, inevitable.

It was the Early Intervention in Psychosis service, which I’d recently been discharged from, that gave me ‘the prod’ to do so. I joined filmmaking forces with a psychologist in the team (with a background in documentary making) and convened with former service users on what they’d like to see from the film. What would we have benefitted from knowing when we were first affiliated? Arising topics included: engaging with help, stigma, medication, positive ways forward and simply hearing people’s stories. The latter being more meaningful and human, than a generic medical definition.

One major topic we didn’t tackle verbally was stigma and stereotypes. Instead, we built up those cartoonish and fraudulent ideas using old black and white newsreel footage in the introduction. These were contrasted with honest examples of the lives wrongly portrayed. We also offered new imagery to the topic, in the form of more inventive visual metaphors. Something viewers who have experienced psychosis, have enthusiastically responded to and related with.

I refrain from considering myself mentally ill. If the externalization of my reality becomes too symptomatic of psychosis, I feel equipped to put out the fire now. I’m not recovered;  I’ve changed, been moulded by the experience. My story has been woven with madness, the good, the bad and the ugly of it.

Society is becoming more aware of such subjects, however, awareness must be balanced with understanding. It makes a lovely billboard, but the ‘one in four’ statistic is not only divisive, it suggests the other three members of society have no need to take notice. That’s why I poured so much thought into making this film not only informative and provocative, but also captivating to a wider audience. The moving image format can never tell complete truth, but I did my best to create a resource as honest to the subject as possible, without sugar coating nor dramatising it.

Most mental health documentaries I’ve seen, are made from the outside looking in. So I suppose this one has a unique perspective through it’sconstruction, with the maker being feathered by psychosis himself (that’s me).

“A madman knowing how to use a camera? Whatever next?!”

The Commonwealth Games: a poem by Jane Chisholm
What we wish you knew about young carers