By editor on April 26, 2018 in Arts and creativity, Mental wellbeing, Stories

We are very excited to present this guest post by Lynn Blair, lecturer and writer who home-educates four girls. She has been published in numerous anthologies by the Scottish Book Trust and Mother’s Milk books. On Twitter she’s @verbisan and on Instagram @verbisanpix. 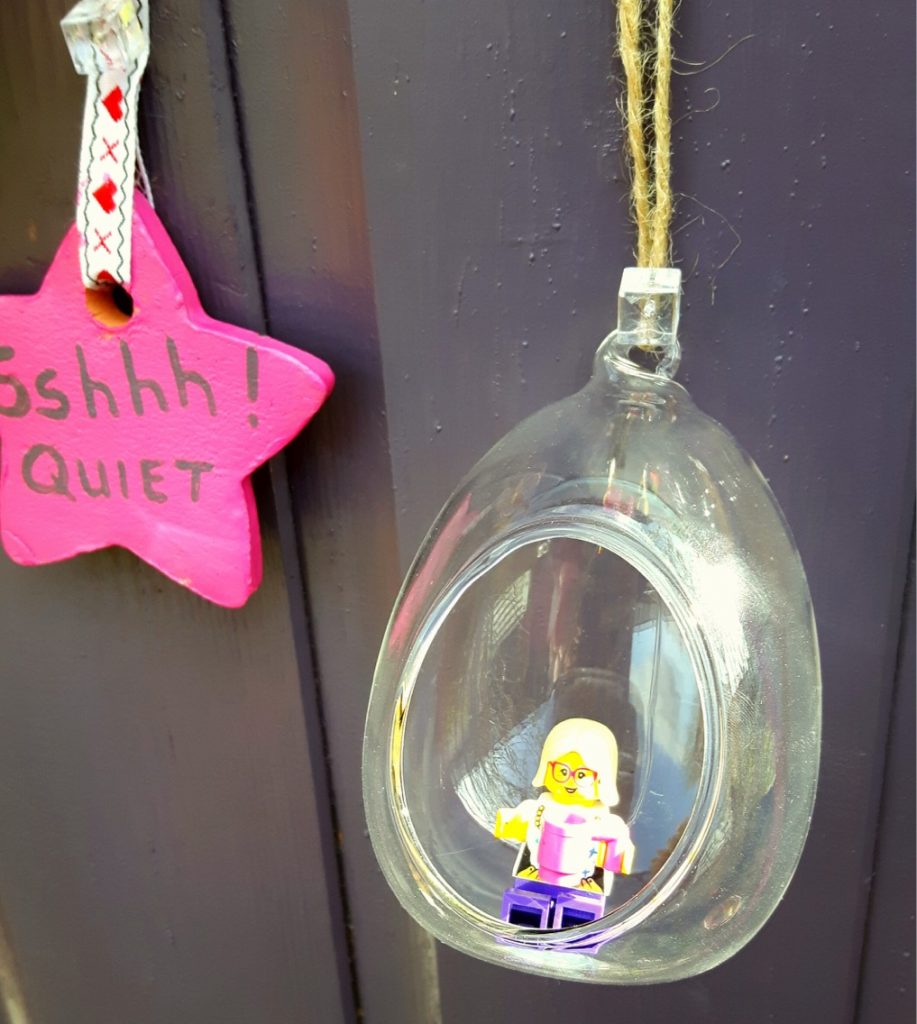 The sun’s setting and I’m just beginning my work. I can hear the tick of the tiny blue clock I bought in Paris, the splutter of my candle with the too-long wick, the steady hum of my gas fire. There are other sounds too – the birds settling, a distant dog barking, my digital radio tuned to Chill. Tonight it’s calm and still outside, but there are frequently nights with the rain battering off the roof and mornings where the wind makes the walls and the window shake. There is no escaping nature here.

This might have been a different building. Why not get a summerhouse? my husband asked, imagining, as I did, briefly, glass doors and sunlight and relaxation. But I chose a shed instead, for two heartfelt reasons: it had to be somewhere for me to hide, unseen, and it had to be as close to my idea of a childhood den as possible. Did you ever build dens when you were little, cobbling together a secret space? I built them on hillsides, under bushes, in cupboards, trying to escape the grown up’s gaze. 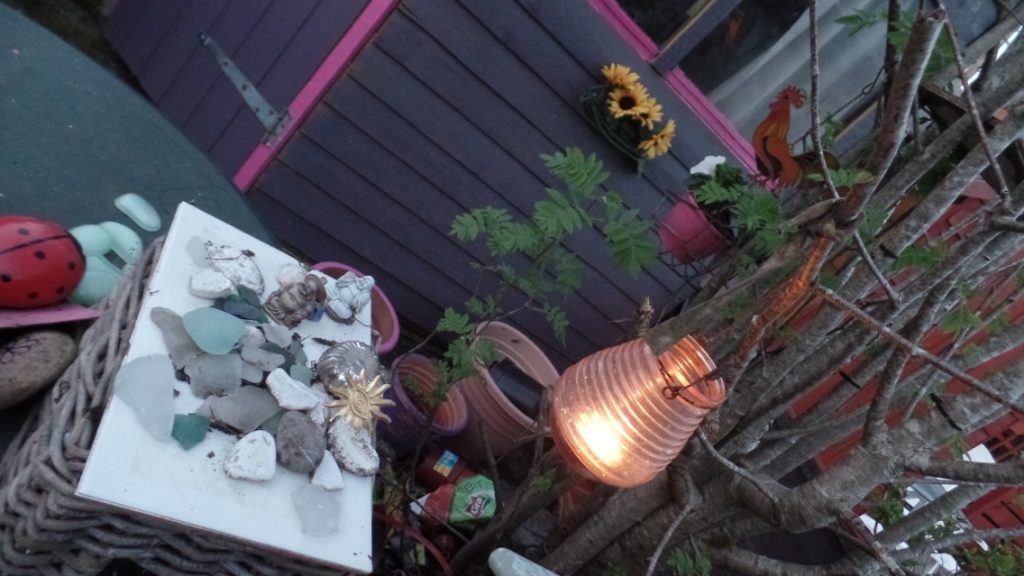 I think, perhaps, that getting as close as possible to those things you loved as a child is one of the secrets to happiness. I try to live the way I always have – I dress in jeans, do adulting only reluctantly, spend too long reading books and write the contents of my head. A little irresponsibility is life enhancing. There is never a time to put away childish things, because they’re essentially human things and deserve to be carried around. My shed is a tiny space to play in. It’s purple, covered in fairy lights and flowery carpets, and contains collections of miniature houses, angels and dead insects. There are candles and flowers and prints on the walls and I write here, read and daydream. Almost everything is a cast off or a found object, and I love it more than anything else I own or, have ever owned.

For me, here’s what’s important: firstly, it’s physically separate from the house. I have four children and a husband I’m deeply in love with, but just knowing that no one is going to shout on me is profoundly freeing. Your thoughts can’t fly if someone might tug on the drop line. 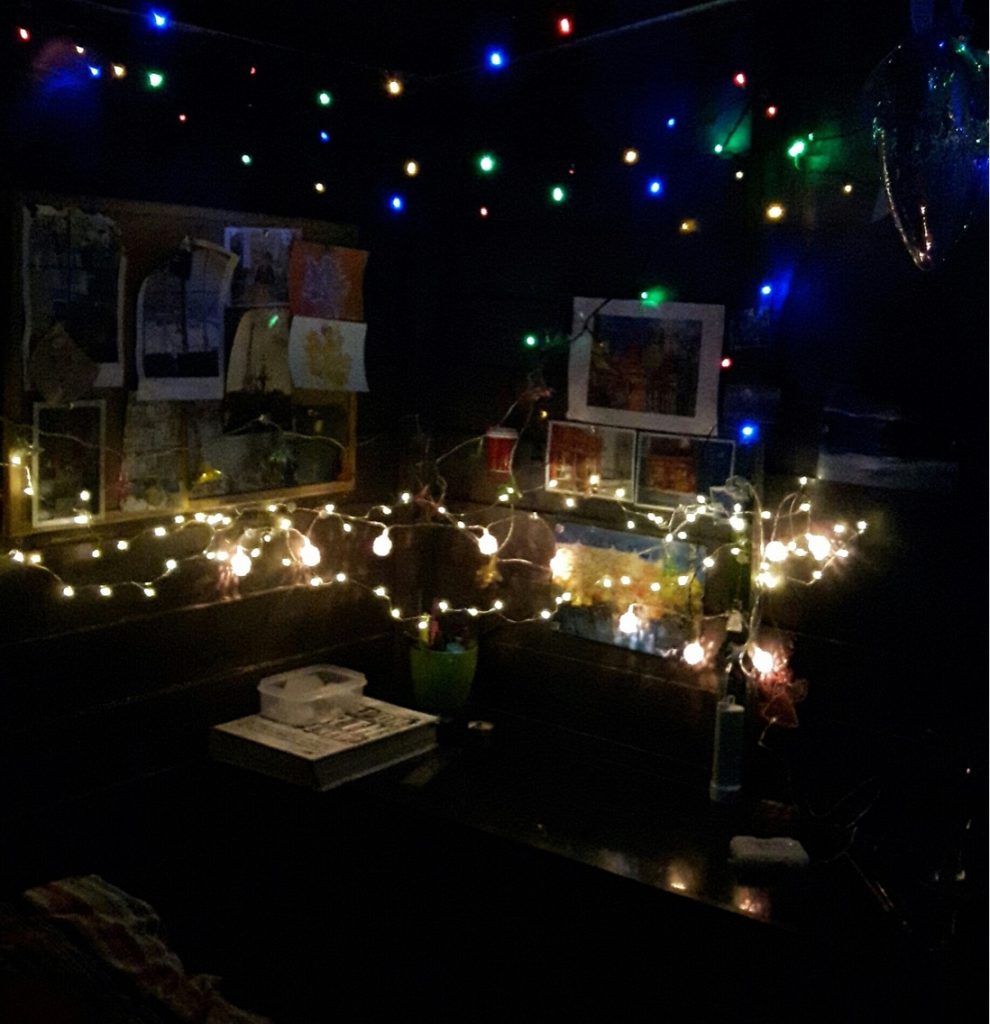 Secondly, it was cheap. It’s meant for storing tools in. It’s rough and ready despite me prettying it up, but this does honour to a piece of self-awareness from way back: I found I couldn’t write in beautiful, expensive notebooks because the pressure to make the words as perfect as their binding was too great. Creativity means mess – and mistakes. So, I write on cheap reporter’s pads -and in a shed without electricity or permanent heating.

Thirdly, it’s just fun. I make curtains poles from bamboo and string, hang sea glass and driftwood from the ceiling and watch as the slugs slowly eat through my new pictures. It doesn’t matter. I write here, early in the morning and later in the evening and I can leave work on the desk and the fairies in the walls work on it while I’m sleeping. And if that’s not true, then that doesn’t matter either. It’s my den. It’s my game. So it’s my rules.