By Mindwaves on November 8, 2012 in Mental wellbeing, Organisations and groups, Stories, Technology for wellbeing

A: All have suffered a serious brain injury at one point or another in their lives.  Also, all of them were invited to the premiere of Brain Injury Experience Network’s new DVD ‘Getting Your Head Around Brain Injury’ at Denny Civic Theatre in Dumbarton last month.  Sadly, none were able to make it.

In the absence of these luminaries, Mind Waves Community Reporters spoke to the dapperly dressed secretary of the BIEN, Steven Cochrane.  Steven very modestly told us he was the real star of the DVD, and on a serious note we can report he does indeed provide the 20-minute documentary with one of its most shocking and moving visual moments. 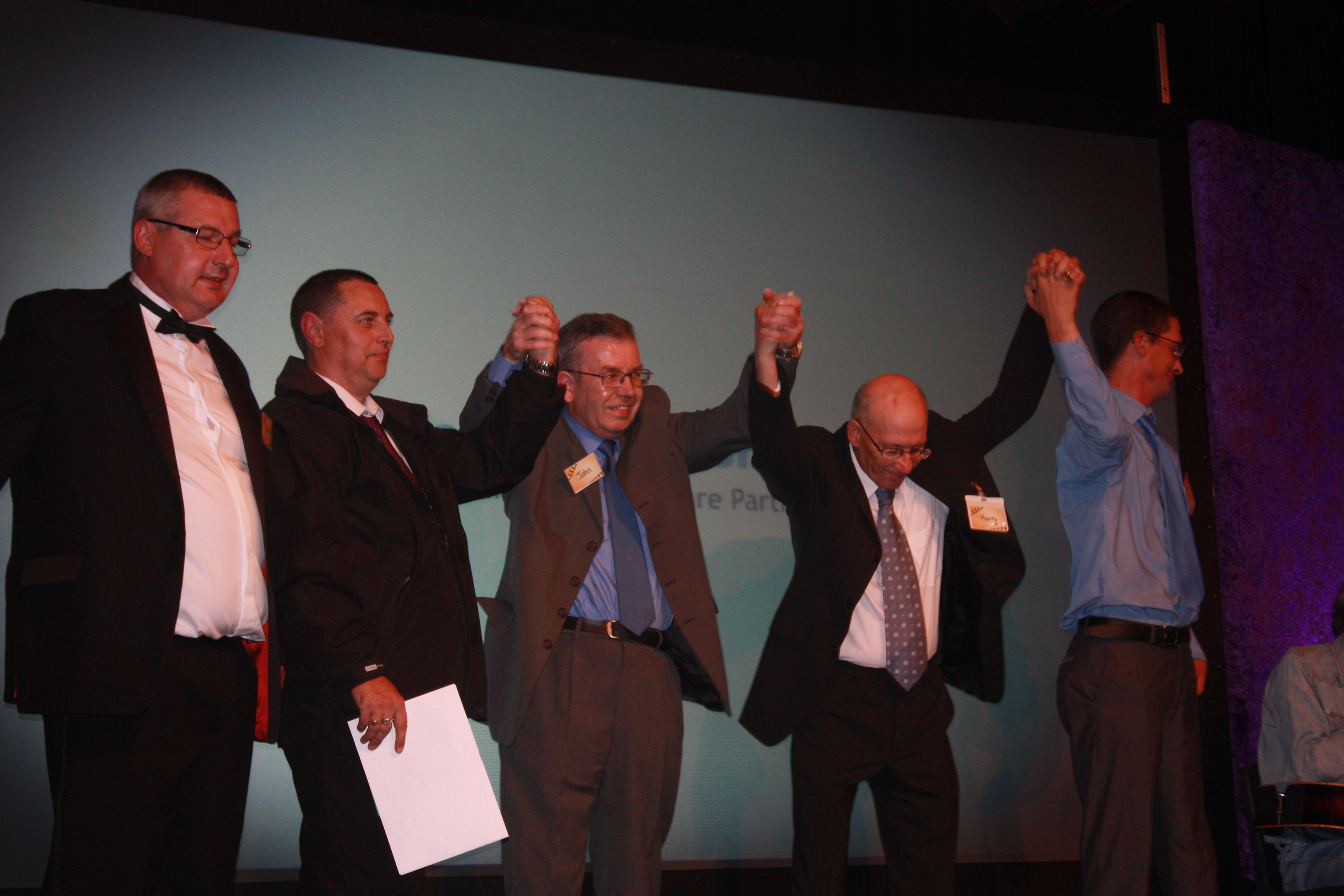 This was one of several moments the Mind Waves team will remember from the launch of the DVD. Another was Harry McVey telling us how he joined the BIEN group shortly after coming out of hospital for treatment for his serious brain injury but felt he couldn’t handle it then. “Angela and Alistair from West Dunbartonshire’s Acquired Brain Injury Team encouraged me to come back and I’m really glad they did.  BIEN has really helped me get back into life.”

Mind Waves Community Reporters were at the premiere in force – effectively acting as paparazzi at this red carpet event and snapping the stars of BIEN and their friends and family in all their finery (we were also looking pretty smart too!).  One family member struck up a conversation with one of us, wanting to compare tattoos.  This person’s relative who participated in the DVD was Phil – whom he described with affection as a “hooligan”! – but who came over as an inspiration through the DVD and the evening.

Maybe George Clooney was too busy to fly over from L.A. but the stars of the BIEN were shining that night in Dumbarton.

You can find out more here:www.otbds.org/bien

Learning from the competition
Brain injury – Don’t give up!

One Response to The Stars Look Down