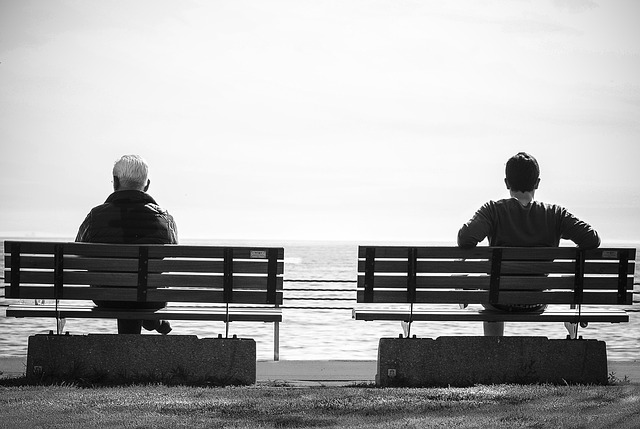 Isn’t it odd that sometimes it’s easier to talk to a stranger than the people closest to you?

We love this short film about a project in London that is setting up pop-up booths in public spaces where people can share their problems with total strangers.

They set up “problem solving booths” and invite people to come along and chat to volunteers, or each other, about whatever is bothering them. It’s an innovative idea, which was set up by Clinical Psychologist Dr Charlie Howard. She says:

“I used to think, if only all the people I’ve met in private in my clinic could talk to each other, because actually they’re suffering really similar things.”

The idea of peer support is nothing new, of course. Mind Waves and lots of other projects are about people with lived experience of mental health problems sharing their stories and supporting each other. But what’s great about this project is that it’s not necessarily about mental health. It’s certainly no substitute for proper, well-resourced mental health services; it’s just a space to share what’s bothering your today.

It’s also not about building lasting relationships, like traditional peer support. The whole point is that you might never meet that person again in your life.

What a space like this is really about is permission to share. So many of us walk around every day thinking that nobody else understands our problems, or even wants to hear about them. The booths are a physical space, with trained volunteers (and psychologists on hand if they’re needed) but ultimately they’re about asking a question and opening up a conversation. Are you okay? Do you want to talk about it?

What about you? Would you share your problems with a total stranger?

Do you know a #SelfManagement hero? Get your nominations in before August 2
“The only thing constant is change”