By editor on October 31, 2016 in Mental wellbeing, Technology for wellbeing 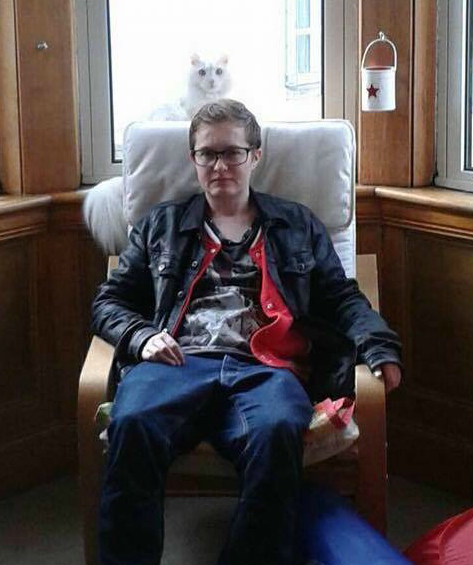 I am nervous about phones. I had a missed call from my dad the other week and I instantly assumed someone had died. They hadn’t – it was a pocket dial. When my mum called me this morning I had the same initial reaction, until I listened to her voicemail and realised that, in fact, she had seen on Facebook that I have this annoying perpetual nosebleed and was probably calling to see whether I need her to open a vein in order to top me up with O negative.

I also got a call from a pal late last week. Again I panicked. We meet now and again to sup an ale, but don’t really do phone chat and I once more assumed something was up. It wasn’t (of course). She had seen on Facebook that my boiler was giving me jip, and that even my cat was suffering from chilly lugs. She gave me a couple of tips, and, bingo, hot water was achieved, and a happier cat to boot (thanks Jen!).

It is easy to be snarky about online relationships in general and Facebook in particular. People love a snark at Facebook – usually on Facebook itself – and sure, there is plenty to hate. Sometimes it gets so noisy on there I need to put a damp flannel on my noggin and lie down in a dark room. But as a disabled, currently unemployed and often socially anxious person, it is often the only company I have. Other than my cat of course. But he’s a cat, doesn’t speak English and while I love him, his chat is pretty lacking. His response to me asking about his views on a second Scottish independence referendum was to walk into the kitchen and eat a few biscuits. It isn’t always a good thing, but there is plenty of chat to be had if you want it online.

I’ve seen people who have been faced with serious illness in their family buoyed up by support from pals, whether it’s a “thinking of you” or a “let me look after the kids on the weekend so you can get a break”. I’ve seen bereaved people reach out to friends, disabled people who can’t get out much interact, engage and share a laugh, and new parents retain relationships in the way that’s currently easiest for them. Yes, Facebook can be irksome. It can be an echo chamber and sometimes the constant stream of baby photos can make you wonder where your pal disappeared to (I am the first to acknowledge that I am also guilty of this with my cat). But there are days it is the only interaction I have and that can be a lifesaver. It connects me to a world I find increasingly physically inaccessible. I’ve made new pals, stay in touch with the people I can’t always meet, and, most importantly, my boiler is no longer jiggered (thanks again – seriously, it was Baltic in here).