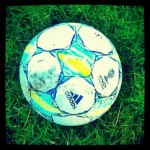 At times when you’re feeling low it seems that you’re headed straight to rock bottom and it’s going to take something special to knock you off course.

I’ve felt extremely low for months and I say that I can’t really remember feeling happy in over a year.

However, there have been lucid moments when utter euphoria has perhaps not made me ‘happy’ but knocked me off that rigid course to the bottom.

In September, Andy Murray winning the US Open was a dream come true to me and everyone knew it the next day as my beaming face was all over breakfast television and the Internet – as I joined in the celebrations in Dunblane.

Last week, I stood at Hampden.

I dared to dream but as the final minutes whittled down in the League Cup final – I could barely breathe or dare to believe.

Belief. That’s what all the St Mirren community had in abundance and what a journey those final 90 minutes were.

It’s quite hard to describe the contradiction in feeling so excited yet at the same time, scared.

As a community the belief triumphed and we lifted the cup.

Emotion surfaced from everyone I looked at. Tears, euphoria, disbelief and there was one huge combustion and Paisley partied like it was 1987.

Personally, I felt a little overwhelmed with emotion. Although deep inside I knew I had to grasp this moment and soak it up, enjoy and savour it.

The day after the win, a community spirit was rife in the town with players and supporters mingling in the locals that back the team week in and out – the experience was something special.

Stephen Thompson sat like a mere mortal playing a guitar and not one request was ever too much for our heroes during the day: a photograph, a signature or a hug. A truly special moment.

It wasn’t so much as winning the trophy that was special and kept me on the right track, but that day and the community spirit that epitomised all my dreams, hopes and aspirations.

Perhaps another 26 years will need to pass before it happens again although I hope that’s not the case.

Nothing may have changed within me but the knowledge that if you believe in something enough then sometimes it might just happen. It’s okay to have dreams and along the path to achieving them there will be countless setbacks.

When you’re dream does come true, though, you’ll want to bottle that euphoria and dish it out at points in your life. I haven’t suppressed it, I let it overcome me and I’ll just need to wait until the next time.

I know that I’m not alone though and that’s a real comfort to me. It’s the reason that tomorrow I’ll get up and go and hope that the day is kind to me.