By editor on April 3, 2016 in Events, Mental wellbeing, Stories 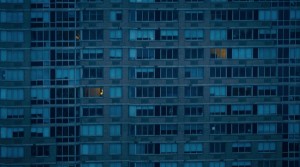 A review from @CarrieJWebb, who saw The Divide at @Declarationfest

35 years ago an economic experiment in the US and UK was supposed to provide a better life for all. Today, in both countries, inequality is at its highest level since 1928.

Declaration treated us to a pre-screening of ‘The Divide’, to be released this month. It tells the stories of  seven people in the UK and USA, painting a picture of how economic division increases social division. Wealth in the Western world grew at an unprecedented rate in the second half of the twentieth century, as have the measures for unhappiness, fearfulness and health problems. Did you know that the top 0.1% owns the same as the bottom 90%?

These stories give insight into the lives of the richest and poorest in two societies. Commonly, those in the 1% and outside it are experiencing isolation and fear of losing their place in the world. In the US: a psychologist who decided that 100k was a paltry income; a KFC employee who almost died of a heart attack; a Walmart employee living on food stamps; a wealthy housewife in a gated community; an offender imprisoned for decades. Here in the UK: a Glaswegian recovering alcoholic; an English health visitor in massive debt. Inequality is harmful to everyone in society, not just the poorest or most vulnerable.

Based on ‘The Spirit Level’, this film puts a human face on the book’s  dry statistical analysis.  These stories are emotionally charged and do give glimpses of hope; which is reassuring for a vague and uninformed socialist such as myself. On that vein, I’m going to pick up on a couple of themes: isolation and the moralisation of greed.

Alden, is a successful New York psychologist who spends 10 hours a day treating people for depression and other problems. His method of coping with this is to isolate himself from everyone during lunch breaks: his idea of heaven is to spend an hour alone, quietly reading. He avoids public transport and situations where he comes into contact with strangers to reduce his chances of catching a flu: a sick day is anathema to him. It also increases his sense of alienation from the rest of society. Time with his wife and children are sacrificed to pursue an increasingly large paycheck. A paycheck he never feels is large enough. His wife describes the fear they have for themselves and their children: what if Alden becomes ill? What if there’s another financial crash? What if? It’s terror of the unknown, and terror that the family will be missing an almost un-namable something, which drives this psychologist.

Alden’s antidote to busy days and worry for the future is a glass of red wine and crap TV. A fairly normal response to stress for many, if an unhealthy one.

“Alcohol is pain relief for the spirit”, Darren, Pollok, Glasgow

Darren knows what it is to turn to alcohol for comfort, and he’s lived through the consequences of alcoholism. At 17, he lost his 36 year old mum to liver poisoning which was brought on by alcohol abuse. Coming through what is hopefully the worst of his addiction, Darren muses about the hole drinking tries to fill: “Alcohol is pain relief for the spirit. There’s this core belief when you drink that you’re worth something… I think, why does it have to be alcohol? Why couldn’t I be addicted to fruit? I wish I could become addicted to bananas. You’d call your sponsor and say ‘Aww man. I had a load of bananas. My potassium’s through the roof!’”

Alden’s story highlights the problem of people who pursue the dream of ludicrous levels of wealth. This a the man whose undergraduate thesis explored ways that Wall Street professionals could maintain and increase productivity when bonuses dropped after the 2008 crash. *cue bitter audience laughter* Not only are those in the middle increasingly looking to level-up: the next best car, the next best house, the next best gated community, they also judge people who have less. So, by the same token that wealth is glamourised and glorified, the lack of it is vilified.  The mentality here is to blame the victim, the person with the second mortgage, or thousands of pounds of debt.

Noam Chomsky referenced “f**k you” money: so much wealth that people are enabled to do whatever they desire. Pursuit of material wealth is actively encouraged, even demanded, by society because a capitalist economy demands it for survival. Chomsky argues that there is no free market economy.The reality is that the most wealthy have the politicians to protect their wealth and demand they do so. Further, a free market economy requires consumers to be well-informed and rational. To spend their money on good quality products that are a worthy investment. Chomsky highlights that marketers are trying to create uninformed consumers, who spend their money based on an advertising campaign.  The market envisaged by economists is fictional – there is no truly free market.

Are we so controlled by market forces to accept this? I believe not. We can take action in large and small ways to battle against iniquity and injustice.

You can join the debate and get more conversations going. Have a watch. Leave a comment. You can have your own community screening and discussion during the nationwide release of the film. Find out how here.

Meet our Community Correspondents: Marilena Balagianni
What’s the best advice I could give to myself today, yesterday, tomorrow? Trust yourself kid.

One Response to A review of The Divide: a new film based on The Spirit Level