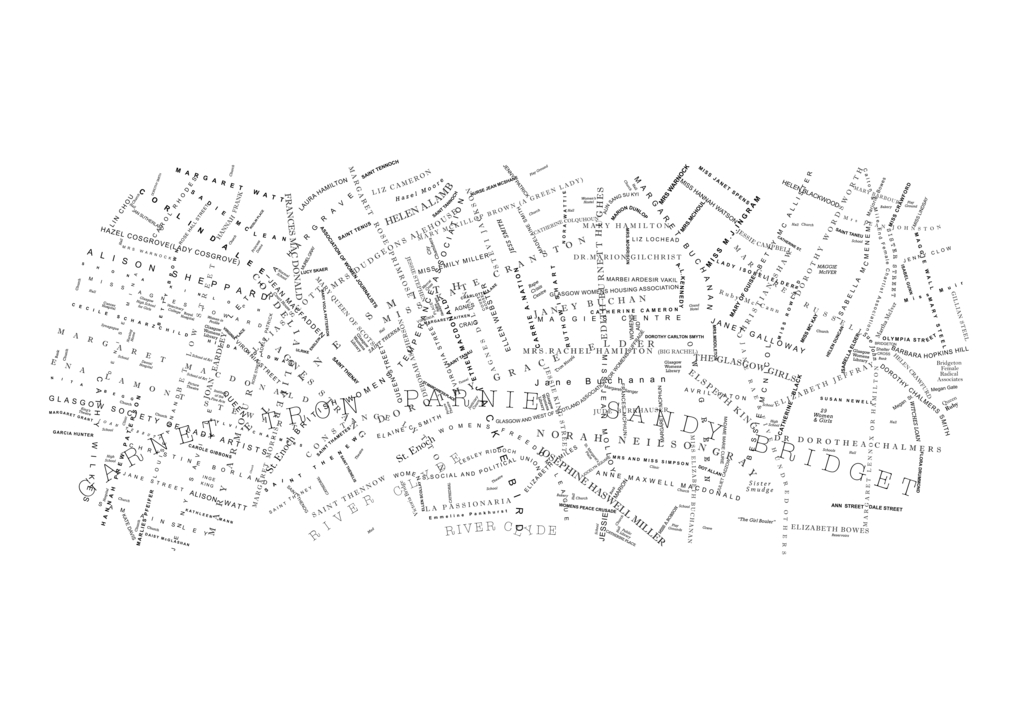 There are hundred, thousands  of streets and buildings in Glasgow. Most are named after white men. Many after somewhat dubious characters who profited from slaving.

There are streets named after lightweight and stylish fabrics, like Muslin Street. But women… not so much. If you exclude those named for queens, very few tell women’s stories. Here’s a few that we have found. If you know of any others, please let us know and we’ll add them to the list.

If you’re interested in learning more about women’s history in Glasgow, The Glasgow Women’s Library Women’s Heritage Walks are a good place to start. And if you find any memorials to women around Scotland you can add them to the crowdsourced Mapping Memorials.