Thanks to help from groups and individuals across Scotland, the Inverclyde Globetrotters are now only 83,700 miles from Earth on their way back from the Moon.
They are hoping to land softly back in Greenock before the year is out. If you would like to help the Inverclyde Globetrotters get home sooner you can contact them through their Facebook page http://www.facebook.com/InverclydeGlobetrotters or email them at ig1@talktalk.net. They’d love to hear from you. It’s lonely out in space!

In October the Mind Waves team wrote about the Inverclyde Globetrotters. This is an update on what they have been doing since then – and it’s a lot.

The Inverclyde Globetrotters, who have been using pedometers to tackle virtual walks around the world to help them stay healthy and active, spent Christmas [only virtually unfortunately] in South Africa at the end of their 15,000 mile walk from John O’Groats to Cape Town in the motorcycle tyre tracks of Ewan McGregor and Charley Boorman on their “Long Way Down” journey.

Since they began their first epic virtual walk round the world back in 2008, the Inverclyde Globetrotters have walked over 81,000 miles. Inspired by the London 2012 Olympics, they’ve set themselves a new target of walking 100,000 miles to mark the Commonwealth Games in Glasgow in 2014.

To take them to their 100,000 mile goal they’ve set off on a new long virtual walk to Olympic Games host cities finishing at Rio de Janeiro to mark the 2016 Olympic Games. There to wave them off on latest venture was Clyde, the mascot of the Glasgow 2014 Commonwealth Games.

They’re also having a website and IPhone app developed to allow anyone to tackle their virtual walks online and on the move which they hope to launch later in the year. You can click on www.worldwalking.org to register your interest.
Going for a walk is good for your mental wellbeing. Inverclyde Globetrotters have their own way of doing that. Even reading about them is good for our wellbeing! 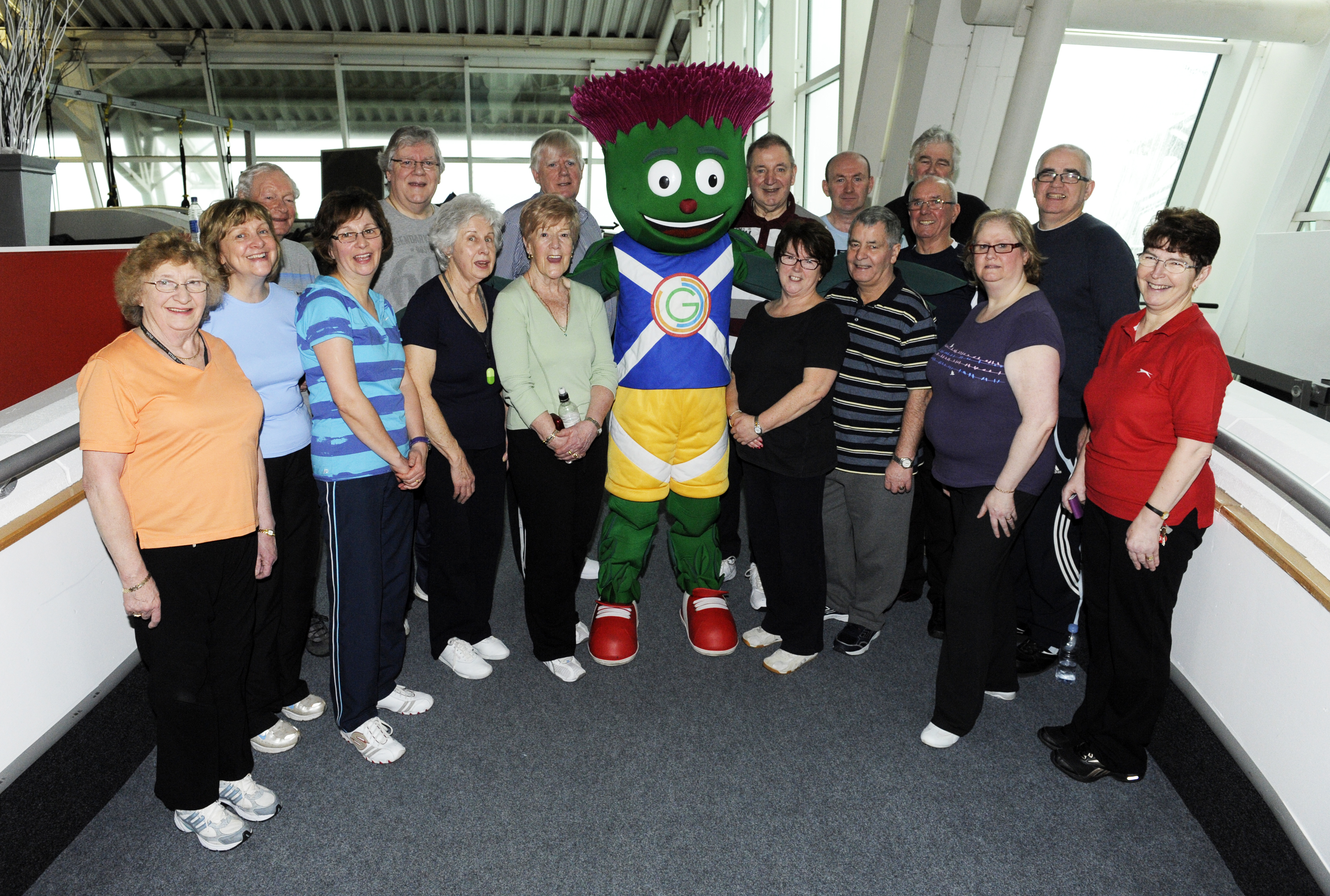 Diary power for YOU
Do you know a charity that has just moved its Head Quarters from Birmingham to Paisley to recruit more volunteers?