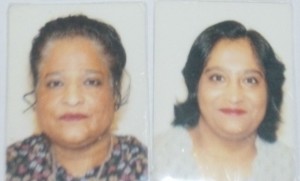 My mother came to Glasgow at 14 as a new bride . She was born in Pakistan and had a close, caring family with four brothers and two sisters. She was devastated to leave her family and they were devastated to see her go. But if she hadn’t gone with her husband, great shame would have come to her family and they would have been shunned by their community.

My mother spent much of her time during her early years of marriage isolated and alone in one room with no radio, TV or books. She was not even allowed to use the bathroom until her husband came home.

She faced years of unhappiness, although the birth of her five children brought her great joy. Sadly, two died very young and she still misses them every day. The final straw came in 1997. She could no longer tolerate the conditions of her marriage and decided to leave my father. As a result, my mother became homeless. Family members told her to return to her husband but she was determined not to go back.

All her life she had put others first- now it was her turn and after 30 years of a very difficult and unhappy marriage she was free as a bird. It took a lot of courage for an Asian woman of mature years to take this step and I have great admiration for her courage.

She has never looked back. She lives a full life and plays an active role in her community. She became involved with Meridian, an organisation that supports Asian women in Glasgow, and found work as a cleaner. She became a catering manager for Glasgow City Council and was involved in supporting asylum seekers and with community campaigns, which she continues to support.

Around 2001, she had a chance to act in the TV series “Overnight Express”. She loved working with other people and rediscovered the love of acting she had enjoyed as a child at school. Soon after, she met with Director Ken Loach and got a part in his film “Ae Fond Kiss”.  Her most recent role is as Meena in Still Game, a character much loved by myself and many fellow Glaswegians.

This experience helped make my mother a stronger and more confident person. She finally had the life she had always dreamed of. My mother is a fantastic role models to my son and myself and continues to inspire not just me, but most people who meet her.

Gone Girl
Does someone you follow feel suicidal? Get alerts with #samaritansradar

4 Responses to From child bride to #stillgame : my #blackhistorymonth hero is my mother, Shamshad Akhtar