By editor on February 8, 2018 in Community activity and Inclusion, Stories 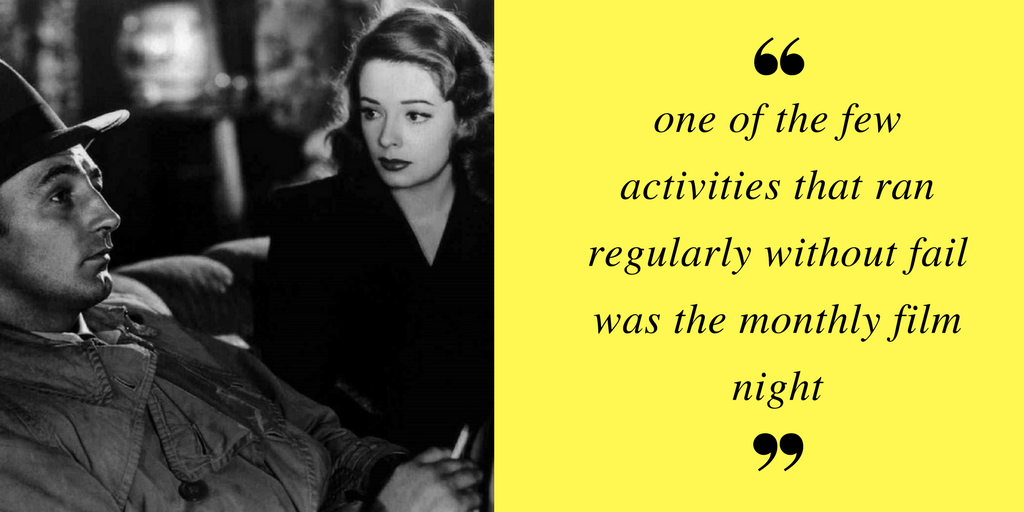 As part of our film theme we have been speaking to organisations close to us about the ways in which they use film to engage and reach out to the people they work with.

Alice from Outside the Box told me the newly formed peer-led Falkirk Friends Group have used film to learn more about a different culture, and get together over Christmas.

“We are currently running a Friends group for people in Falkirk who have learning difficulties where the group chooses different activities to do. Twice now the group have decided to watch a film together. The first time we watched a film about Warsaw, which was brought in by someone in the group, as the group were interested in finding out more about where my colleague Ania is from. We had a really good time listening to Ania tell us stories from her childhood with people from the group interjecting with stories from theirs. The second time we watched a Christmas film together just before Christmas. We had mince pies, fairy lights and hot chocolate and it felt like a great way to get into the Christmas spirit together without putting too much pressure on anyone.”

For other Outside the Box groups, film is purely a way to relax and spend time together.

“We recently worked up in Arbroath with a group of people who have mental health difficulties on our Angus McFlourish project. In the project we supported the group as they came up with a plan of activities they could do together to present social isolation and loneliness. Interestingly, one of the few activities that ran regularly without fail was the monthly film night. The group watched a real variety of films together and said that, although some films were more to their taste than others, the main thing was just spending time together relaxing and watching a film.”

If you’re part of a social film group, or if you or your organisation use film as a way to sharing ideas then we’d love to hear about it in the comments.