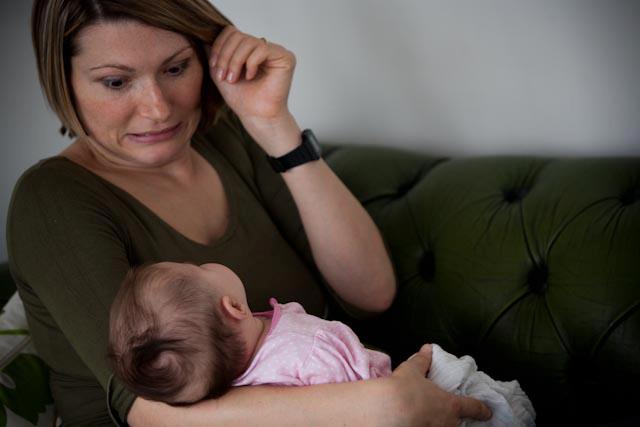 This is actually me with my first baby, but it seems hilariously apt

When my second daughter was four months old, I was at breaking point.

I’d breastfed her every two or three hours for four months; that’s over 1000 feeds without a break. I’d had enough. I didn’t want to stop, I just wanted her to have an occasional feed from someone else. Of course, if there’s nothing else on offer, any baby will take a bottle. But I couldn’t make it happen. It was just too hard for me, as a parent, to do.

My stepmum stepped in and saved me. After an impressive show of willpower on both sides, baby submitted and Granny emerged victorious. It sounds like a small thing, but she genuinely saved my sanity, enabled me to go back to work, to leave the baby so I could go to counselling, even to enjoy an occasional night out.

I’m not interested in whether people think that’s good parenting. I have a hundred reasons to think I’m a bad mum and that’s not one of them. It allowed me to get back to taking joy from time with my baby and properly bonding with her.

My stepmum saw that it was more than I could handle and she carried that weight for me. It was a real act of friendship and I’ll always be indebted to her for that.

A chance to pay it forward

About a year later, my friend was in a similar situation.

We’d been friends for a few years, but always more drinking buddies than bosom buddies. It was heartbreaking to see her at her lowest.

So I offered to get the baby on the bottle. It was an amazing feeling when she guzzled those first few ounces. It was something real and practical that I could do for my friend. And it showed me that I wasn’t useless because I couldn’t do it for my own baby. Sharing that experience has definitely made us closer. And who knows, maybe my pal will go on to do the same for someone else.

I want to be clear that I’m not evangelising about bottle feeding; both babies went on to be breastfed well beyond their first birthdays. It’s about sharing the practical and emotional burden, when it’s too much for one person to take.

For me, that’s the real value of friendship. It’s knowing that someone will be there for me if I can’t cope, but it’s also knowing that I have something to offer when someone else needs me. It’s not always a simple, two-way thing. It’s being part of a network, where we all look out for each other.

10 Responses to After 1000 breastfeeds in a row, I needed a friend to save my sanity #friendship