By editor on September 2, 2015 in Mental wellbeing 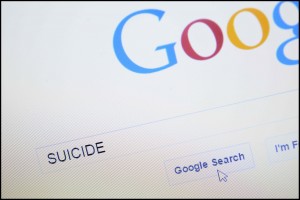 We always try to find the positive side of a story, but it’s never easy to find good news about suicide. We know that even one death by suicide is too many. But it’s also true that even one life that has not been lost must be good news.

We were pleased to read new NHS statistics show a gradual, but steady decline in deaths by suicide in Scotland in the last few years. Last year, 696 people took their own lives, compared to 795 in 2013.

Of course, it’s not enough just to look at the headline figures.  There are some worrying inequalities in the rate of deaths. Suicide is still the leading cause of death in young people (15-34).  Men and two and a half times more likely to die by suicide than women. The rate of suicide in the most deprived areas is three times higher than in the least deprived areas.  There’s no doubt that there’s still a long way to go.

But, at least according to these figures, even these inequalities are decreasing. Things are going in the right direction. That has to be good news.