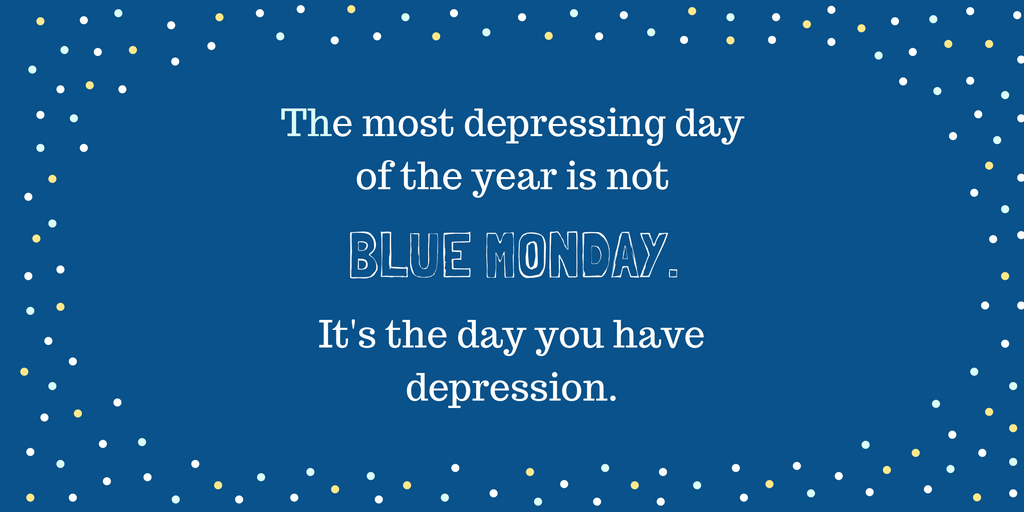 A re-post from our Project Manager Rosie McIntosh @rosiehopes

It’s become  tradition to fear “Blue Monday”, the third Monday of January, which apparently is the most depressing day of the year. Once again the media is full of stories about why it is so depressing.  It makes sense.  Over Christmas we’ve spent all our money, gained weight, drunk too much and the weather’s rubbish. Sounds like a recipe for depression.

So, let’s not do it. Let’s just accept that January 16 2017 will be a day like any other. Some of us will be depressed. Some won’t. That’s about as much as we can say.

Two years on and still going strong. Why I quit alcohol.
My dog Fidget forced me out the door in my darkest times