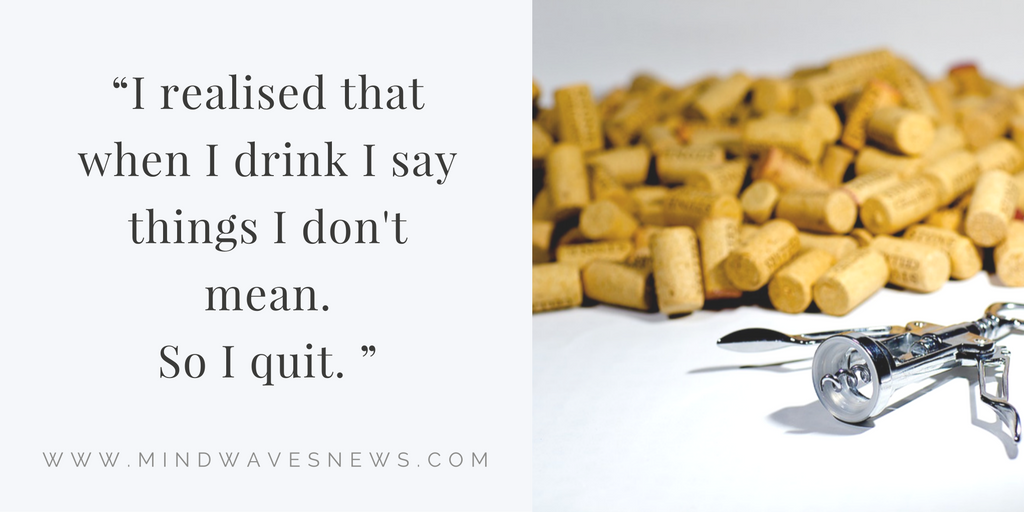 Last year was a big year for me – I decided to begin to put myself out of my comfort zone, buying my first house and exercising much more frequently.  At first I didn’t give up drinking for any particularly valiant reason.  In fact, it came in the aftermath of a few hangovers which I just couldn’t shift and which had affected my mental health and my wellbeing significantly.

As a man in my early 30s, drinking has been a big part of my life.  Some of the best times I’ve had and funniest stories I tell involve drinking.  If you want to meet up with friends or watch the football the first suggestion is “fancy a drink?”.  Societal pressure often feels like an abstract notion but when you feel it first-hand you begin to realise how much of our culture is underpinned by drink and pubs.

I wondered how it would feel not going to the same places and doing the same things any more, but the real pressure has come from others.  About two months in I was at a friend’s wedding where others couldn’t believe I wasn’t drinking for a particular reason – even offering a hipflask of spirits around the room in case it was because I was skint!  Others seem miffed and offended when you don’t take up their offer of a drink.

Walking through Glasgow City Centre at night when you haven’t been drinking opens your eyes to how people behave and how much it affects their ability to be kind and rational.  I didn’t want to be one of those people any more.

What’s your experience? Do you feel there’s too much pressure to drink? Or do people struggle to understand why you don’t drink?

This was originally posted in January 2015

One Response to Two years on and still going strong. Why I quit alcohol.